If you have been reading my posts the last couple of days, you know that my afternoons with Hunter have been a mess. The first day of walking home from school was an hour long man hunt for my lost son who was taking his sweet time. That afternoon was scary! The second day of school pick up was filled with a lot of deep breathing and dealing with his not-so-stellar attitude.

Then there was day three:
Once again, Hunter decided he wanted me to pick him up from school so that Minecraft time was not lost. I showed up on time, sat in line, and wondered what the afternoon would bring. About five minutes after school let out, I received a call on my cell. I looked at my screen. It was him. I believe I even smiled. All I could think was, "He remembered our conversation from this morning. He listened and turned on his phone right after school. I got through to him. Hallelujah!!" I quickly picked up the phone and heard the endearing words I will never forget. (You might need a tissue.) "Where are you woman?!?!?!"

I swallowed hard, took a deep breath and tried hard not to come through that phone. My reply (my seven year old was in the car after all) was a calm, "Excuse me." He went on to berate me about being at the wrong door. Hmmm there were a lot of other kids coming out of that door, and a lot of other parents picking them up??? I promptly told him I would be there shortly and hung up the phone and began some more deep breathing. Then, my phone made the familiar texting beep, and I looked down to see the beautiful written words from my son, "Where are you?????!!!"  At that point, I though about leaving his ass in the parking lot and speeding off like a raving lunatic. Instead, I continued deep breathing. I pulled around to where he stood.

He got in the car and I let him know that he was to NEVER speak to me that way again. He rolled his eyes and said OK as if I was the one being unreasonable. At the time, I was thinking, "I need a new game plan. What can I do? I know...I'll kill him with kindness!"

That's exactly what I did. He had an assignment that included cutting and pasting, so I helped him cut out 20 pictures. We sat at the kitchen table and he talked to me a little nicer than normal. It took everything I had to be nice back, but I did it. We completed the assignment. I asked him to help me pick up the paper scraps and he rolled his eyes and mumbled something under his breath. I'm sure I don't want to know what it was.

I did not receive a thank you for picking him up from school or helping him with his assignment. I never really expected one, but I did receive some good conversation with my son. Right now, in this moment of time, those little moments are all I have, so I'll take them! The rest of the time, I'll just keep deep breathing until these hormones run their course!! (Oh yeah, and the occasional glass of wine.)
Posted by Unknown at 1:17 PM No comments:

Well, I picked him up because he asked me to do so yesterday morning. . He didn't want to have to miss so much game time today because walking home takes so long. Apparently computer time won over social time. Unfortunately, this is not unusual for him.

I arrived yesterday afternoon right on time and sat in the appropriate car line. I waited and waited and waited, but no Hunter. I tried to call him, but his phone was not on, once again. Finally, I figured he must have decided to walk home, so I drove around the school building to leave, and guess who I saw!! I saw Hunter standing in the 6th grade pick up line. He is in 7th grade!

He was jumping around and talking to one of his teachers from last year . The funny thing was that she looked as confused as me as to why he was there. Finally, he got in the car looking completely frustrated with me because it took me so long. Again, deep breathing began, as I asked him why his phone wasn't on and why he was in the 6th grade area instead of the 7th. He just mumbled how mean I was to him and told me there is no 7th grade area...what!!!! Again, deep breathing.

At drop off this morning, I reminded him to walk to the crosswalk to cross traffic, and he rolled his eyes and said, "You have told me over and over!!" HAHAHAHAHA I also reminded him to turn on his phone as soon as school lets out and to meet me in the 7th grade area. He got out of the car, shut the door, and then reopened it to ask, "So I should turn my phone on right after school?" What???!!!!
Posted by Unknown at 9:01 AM No comments:

The blurry lines of Aspergers

There are days in my life of raising a child with Aspergers that the differences between him and other kids his age are very apparent. Then, there are the days where I have to make parenting decisions for him when they seem extremely blurred. When he is stemming or slurring his words or having impulse control issues, the lines are clear. When he wants to walk home with other kids from school or walk down to the park to play basketball or stay home by himself, things just aren't quite as obvious. How do you define the boundaries differently for him and other kids his age? What is he not quite ready for that his peers can handle?

Here is a perfect example:

After much discussion, we decided to let Hunter walk home from school yesterday. It was his first day of school. He made a friend at school last year who lives in our neighborhood, so he had a walking buddy.  I had his phone charged and ready. He had a hat with him to block the sun on his way home. I had the discussion with him over and over about watching for traffic and turning his phone on right after school.

Yesterday afternoon, I picked Grant up from school and stopped by Sonic for Happy Hour (no alcohol involved :-( ) School had just let out, so I called Hunter's phone to see if he wanted anything, but there was no answer. I drove home and called again, but no answer. I waited another few minutes, but still no answer. Grant and I drove around the neighborhood, but not sight of him and still no answer. I decided to come home and give it a little time before a full-on panic.  One hour after school let out, I finally got a text saying he was on his way home, and a few minutes later, he walked in the door.

My deep breathing to keep me calm had already started. I asked him where he had been and he said just walking home and stopping to talk. I truly believe they were just taking their time walking home. He was socializing! I should be happy!! He has a friend!! I should be ecstatic!!  I don't want him to lose this really important social situation, but he has to be responsible enough to call me. His cellphone has to be on so I can reach him...and once again, the lines are blurred.

Ahhhhh!!! The kids have been dropped off at school. My large cup of coffee is in hand. My house is a complete mess from the weekend, but I don't care. The kids are not upstairs screaming at each other. My DVR is waiting for me. That's right, summer is over!!!

Then again, summer is over and I'm not quite ready. Yep, I said it...in a weird way, I'm not quite ready. I had a long list of things I wanted to accomplish with the kids this summer, and I pretty much failed miserably. I had a shelf full of crafts we were going to do, and Grant was going to finally ride a bike and perfect his shoe tying. Nope, those things didn't happen. We had a great summer with a trip back home and lots of camps. The kids kept busy, gained friendships, and learned a lot, but my list still exists.

I did, however, get a back to school picture of my 12 year-old this morning with no fights or moans. He is not yet "too cool" for picture taking. He even smiled. Yes, one more year under my belt of those cute pictures.

My 7 year-old woke up this morning, hugged me and helped pack both of their lunches without being asked. That means he learned how to make a sandwich this summer. That wasn't on my list, but I'll take it. The hug also means he loves me, and that is just a priceless feeling.

For now, I will drink my coffee and watch my trashy TV and the shoe tying, crafts, and bike riding will wait. Friendships, smiles, and love, were all accomplished this summer, and that's pretty darn good! Sigh....... 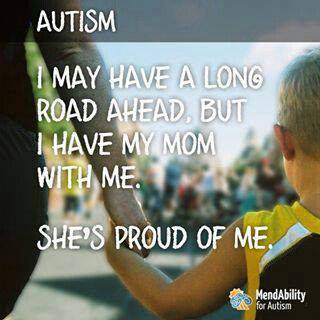 Okay parents, we have all been there, that moment when another child hurts your child or is rude and you just want to put them in their place (or "bitch slap" them). Well, I had one of those experiences yesterday. As we were leaving the classroom for Hunter's computer class, he was laughing and joking to one of the other boys about something. To be honest, I have no idea what he was saying because he was laughing at himself and rambling on, so the poor kid probably didn't know what to say. However, instead of being nice to Hunter, he just stared at him like he was an alien. Literally, he had his mouth open and didn't say a word. He was just looking at Hunter. I politely said, "Come on Hunter let's go." and got him out of there.

This isn't the first time this has happened, and unfortunately it won't be the last. Hunter tries so hard to be funny and social. Sometimes he really nails it, but many times he just misses the mark. Other people don't always understand his humor or sarcasm. It is part of the Aspergers experience. Social situations can be awkward and hard. We are working on it, and he has really made great improvements. We still have a long way to go, but until we conquer it, I'm sure I will have a few more "mommy bear" moments.