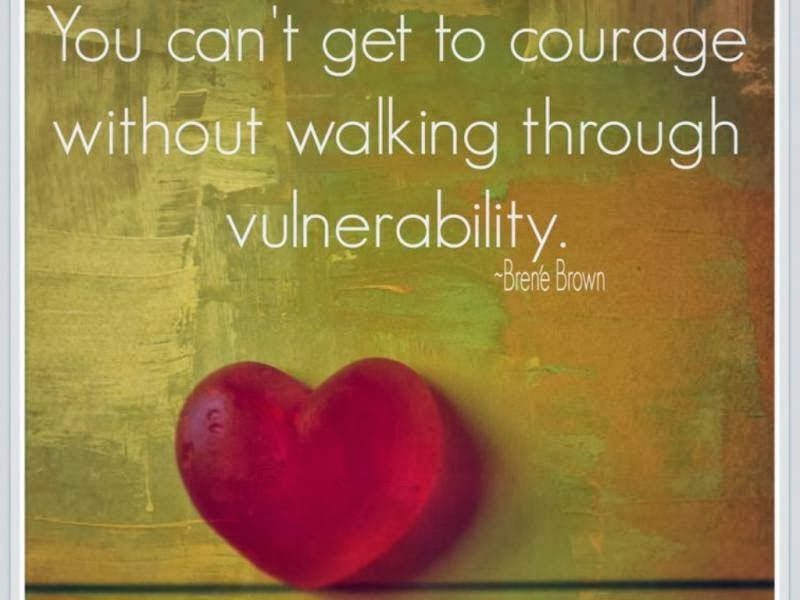 For me, being the mom of a son with Asperger’s has resulted in many emotions over the years. Around every corner there has been a new feeling. In the early years, soon after the diagnosis, my emotions were sadness, hopelessness, panic and lots of confusion. Then, my “mommy bear” side kicked in and I had hope, determination and amazing resilience. Sure, from week to week, these emotions have shifted. There have been so many moments of pride, joy, amazing love, exhaustion, despair and courage. On some days, these emotions have changed from hour to hour.
The teenage years have created an emotion I did not expect…vulnerability. I feel vulnerable around every turn. I wait for the insults that so easily fly out of his mouth. Yesterday, I was wearing new sunglasses and he looks at me and said, “You know those look ridiculous on you, right?” I am pretty aware at this point that I am not going to take fashion advice from my teen, but my feelings were still hurt.


During his therapy session yesterday, he made sure to remind me (and the therapist) of how clumsy I am. Of course, it is completely true, clumsy is my middle name. The real point is that it had nothing to do with anything she was asking him, so I realize that is his way of avoidance, but my feelings were still hurt.
After eating a meal I cooked for him the other night, he informed me that it was “average”! He ate every last bite and asked for seconds, so it wasn’t “too average”, but it still hurt my feelings!

He lies to me daily. I want to trust him so much it hurts! I want to know that he will make the right choices. I want to know that when he looks me in the eyes, he is telling me the truth. I try to make every day a new day and do my best to trust him, but it is hard. He lies about everything from doing his homework, to brushing his teeth or taking a shower, to events that happened (or didn’t happen) at school. Every time he lies, it hurts and leaves me, well….vulnerable.

He does it to the entire family. We have all been hurt from time to time. My hubby is not around it as much. He gets hurt, but he just doesn’t feel it as deeply. He is able to let things roll off his back and move on.

My youngest son gets hurt so often because he has to balance the inability to believe and trust in his older brother (who is supposed to be there for him). It has really affected him deeply. It worries me and breaks my heart.

I love Hunter with every inch of my heart. I want the best for him in every way. I try every day to do the very best job I can at being his mom.  I feel that even when I am at the top of my game, it is not good enough for him. I  know that because he is the closest to me, I am an easy target, but it still hurts. It still makes me question myself and my ability as his mother.


I sometimes try to imagine into the future. How will I feel when he is 20, 30, 40? What new emotions will there be? I don’t know what the future holds, but I know that the only way to deal with the crazy emotions is to ride them out. There is something about raw emotions that makes the human spirit grow. I’ve learned who I am and what I am capable of doing! I have learned a thing or two about not judging others until you have walked in their shoes.  I have learned that there is no greater love than the love you have for your child, and you will go to the ends of the earth to protect them. No matter what life throws my way, I will keep on loving him through every twist, turn, and emotional bump in the road.
Posted by Unknown at 11:38 AM No comments:

Here’s the truth about being an Autism Mom (or Dad)…some days we want to throw in the towel. Some days are just too hard. Sometimes the struggles are just too much to bear, but then something happens. Some magical yearning from deep within our belly pulls us out of bed, or off the sofa, or out of the slump we are dwelling within.  We get up and start all over again. No, it is not easy. Some days it would be so much easier to give up and throw the covers over our heads, but those sweet little faces look at us with a longing for love and acceptance. Those teenage eyes beg us for love, help and understanding for what they can’t understand themselves. We pull up our boot straps and we do it all for another day. We live to tell about it (but most of us don’t say a word). We don’t tell you about the tears that stream down our cheeks in the shower; or the nights we have cried ourselves to sleep; or the thousands of panic attacks we have had over making the right choices for our kids. What school should he go to? Should I homeschool? Should I let him play sports or will he be mistreated?  Are those friends REALLY being nice to him? Should I put him on the medications? Who can I trust? These, and many more things, are our daily struggles, but we choose to fight the good fight for our children!
Posted by Unknown at 10:45 AM No comments: