Several months ago, Hunter and I began having serious discussions about his future. What were his goals? What career did he want to pursue? He is so much like his dad in so many ways, so I always assumed he would want to follow in his footsteps and do something in the business field. Nothing else had ever really occurred to me until he started talking about becoming a writer. I was shocked!
I wanted to have a better understanding of his interests, so I had him take several online aptitude tests. Much to my surprise, my boy not only looks like me, but he has a lot of my creative interests. The tests showed over and over that he should be a writer, blogger, teacher or historian.

His freshman year of high school has been full of super highs and super lows. There have been many life lessons learned about friendships. He's been hurt, mad and sad lately. I knew he needed a way to express his emotions because he felt very alone and frustrated, so I asked him if he would like to start writing his own blog. When I didn't know where to turn in life, I started writing, so I thought maybe it would help him. It would be a creative outlet, something to turn his attention away from those people who were making his life miserable. Maybe this would be a way to get his mind off his troubles, use his creativity, and maybe even start setting those goals for his future.

I think the suggestion of beginning his own blog surprised him. At first he acted like I was insane, but several weeks later, he did it! I got an email from school one day with the subject "blog". I smiled. The poor boy is a lot like is mom.

Here it is ladies and gentlemen... my boy's very own blog: Hunter's Gameplan


When Peyton Manning retired no one was surprised. You could feel him slip away over the course of the last couple of years. When his numbers went down in 2014, it was easy to assume that his career was coming to an end. In comparison to his 2013 fifty-five touchdowns in a single season, who would have thought that in 2015 he would throw more interceptions than touchdown’s? However, in 2016, Manning showed amazing resilience, going out on top with a Super Bowl win. In order to claim the victory, he had to rely more on his run game and defense, rather than his raw talent and amazing arm of years prior. 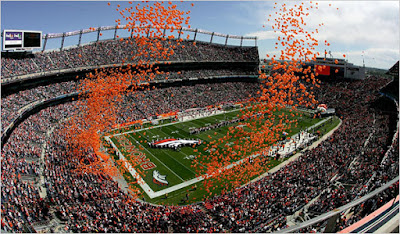 When reflecting on Super Bowl wins for Denver, it is hard for me not to compare the performance of Peyton to that of John Elway. Elway, the only other quarterback to ever bring home a Super Bowl victory for the Broncos, happens to be my favorite player of all time. When comparing the two player’s games, it is easy to see that Elway had a much better running game than Manning's. In Elway’s last two years, he brought home 2 Super Bowl victories. He ended his career stronger than Manning's with higher stats and a Super Bowl MVP award.

Now that their season has ended in victory, it is hard to see what the future holds for Denver. With the absence of Manning and Brock Osweiler leaving for Houston, next year's path seems uncertain. One thing I know for sure is that Peyton Manning will be a first ballot Hall of Famer.

Posted by Unknown at 3:58 PM No comments:

Posted by Unknown at 2:38 PM No comments: